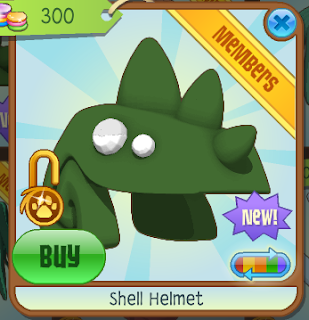 Wow, it's been a long time since we have had some item on sale in Bahari Bargains. However, for some reason I feel as if this item never went out of stores and that AJHQ just decided to slap on a new sign because they were too tired or something. Was this item gone? :P
Also, yesterday I went to a party. Clearly I was expecting nice jammers with good intentions. I realized that they were all great big buffoons. If you don't agree with me then take a look at this picture. 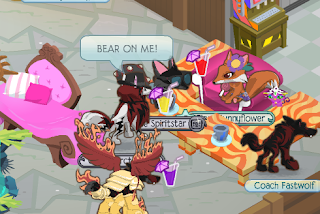 No my friends he doesn't have a bear on him. He wan'ts to buy us all an alcoholic drink.
So I then told everyone to stop and nicely the orange fox who was "working" in the "bar" surrendered nicely.
After, that dude in Phoenix Armor started telling me I was wrong for wearing clothes!
I was like, he's out of his bongos!! So I said, your point? Oh, that's right you don't have one!
Eventually he left me alone and the party calmed down after I reported the host.
So, in the aftermath of all of this, if you are ever on AJ and see this, stop it immediately.
It's not right that those who shouldn't understand about something completely for adults to learn from idiotic kids who think it's cool.
Would you stop inappropriate behavior?
Enjoy!~

Note to self, must write introduction to my story blog.

Posted by Infinitemajesty at 9:06 AM