Hey Jammers! :D
I am so sorry for posting late. Most of you probably know this already but we have a new land! :D
Jamaa's newest addition is a little place called Kimbara Outback. It's based on the Australian Outback we hear so much about.
Here's today's Jamaa Journal. 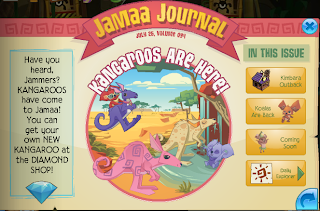 With the addition of Kimbara, Kangaroos have officially arrived to Jamaa after numerous sightings.
They are available to purchase at the diamond shop in Jamaa Township.
Here's more info on Kimbara. Which is south of Jamaa Township after many thought the new land would be the land north of Appondale. 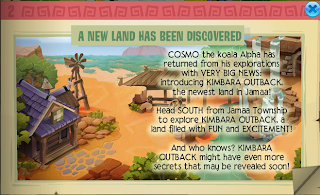 Koalas have returned from there massive journey. But hey now they can relax a little with the soft breeze from the Windmill prize of the Kimbara Journey Book! 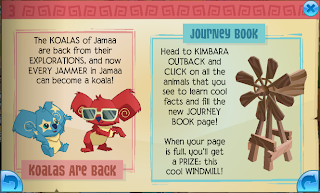 Return of the Phantoms now has an option of hard mode. Believe me I've tried it and it is pretty challenging.
Not only that but I was bummed out when the prizes were some member items you can buy in store. :I 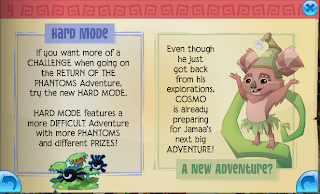 Kangaroo Exhibit is now in the Conservation Museum.
It's pretty fun to learn more about the hopping marsupials. 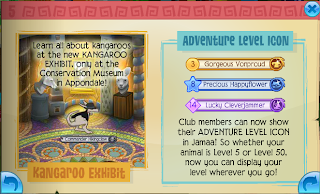 On the other hand. Now members can display or flaunt their level on the adventures.
Sadly us non-members aren't allowed to do that. Not only that but has someone seriously reached lever 14! 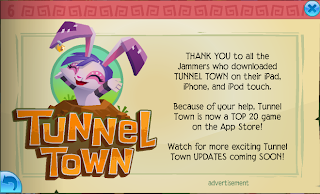 Tunnel Town. Get it on your tablet or smart items. Now! If you have a tablet.
Now for the rest of the update. 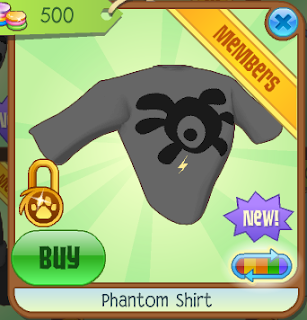 Today's new item is the Phantom Shirt On sale in Jam-Mart Clothing. It's not bad but wouldn't it have been better to make a Phantom Blanket for nonmembers. Idk I just can't picture shirts on animals! :P
Next is a wacky glitch that seemed to have been discovered today.

Seriously it was odd but awesome. Sadly I don't know how they did this since I was invited by my buddy to the untitled room.
Next we have a not so good redesign of the old Jamaa map. 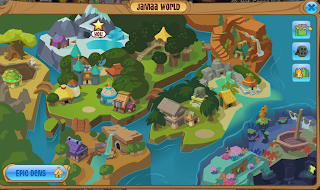 I really don't like the cartoonish approach to the map. It was better as it was. Just a simple map with actual representations of the lands. This looks as if they have more emphasis on the shops and activities rather than the environments/ ecosystems.
Well that's about it for today! :D
Enjoy!

Posted by Infinitemajesty at 4:25 PM