Hello Jammers!
Welcome to the Animal Jam Empire's Jammer's Square.
Here you, that's right YOU the viewer can post your own stories and pictures about AJ and your artwork! You're probably thinking, How do I get to post stuff on here?? Well it's really simple, all you have to do is send your story/artwork to tingalingtwins@gmail.com which is the blog's email you must have an e-mail account to do so! So go on share your passions with us! Happy Jamming! :D

Please do not steal these photos/artwork without the artist's permission!-Thank You 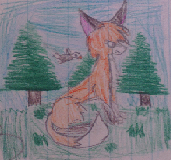 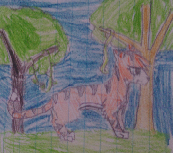 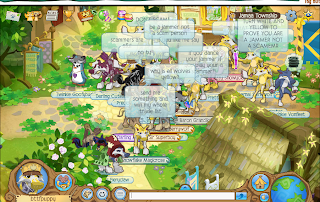 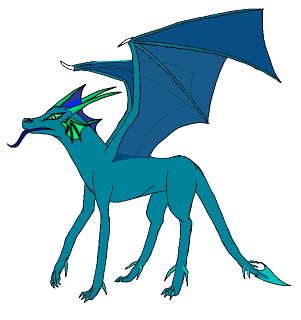 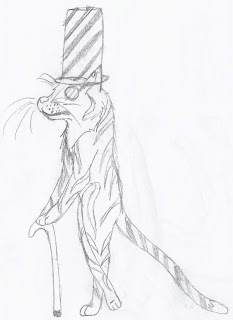 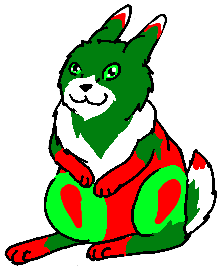 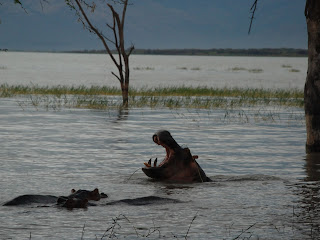 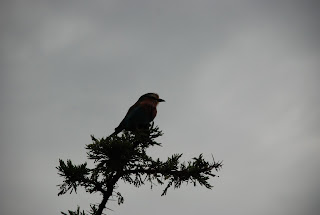 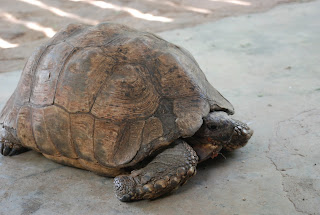 It was a hot summer day, and Mira and her flock were perched on a rock, not far from the human farm. "Wow," Said Swift, the leader of the flock and the fastest flier. "Should we, go to the forest? I mean, so many humans!" Mira called to her sister, Blue. Blue flied over, her blue feathers sparkling in the sunlight. "Swift is making a decision," Mira said.
"Oh!" Blue exclaimed. Swift gathered the senior herons and they all huddled together, talking. "Will we really go to the forest?" Mira thought. Suddenly Swift and Mist, stood up. Mist was the second in charge, so she was important and respected. "We have made our decision." Mist declared, "We are going to the forest!" Blue shouted "Yes!" while Mira stood, thinking. "I wonder where we will go?" She whispered. "We will start at dawn tomorrow" Swift said.

Dawn's early light filtered through the clouds. Mira woke, and flew out. "Should I wake the others?" She asked Swift, "Yes, do it now." He whispered back. Mira woke Blue first, and together they both woke everyone up. "How long will this take?" Asked Rapids, a blue heron with some white feathers. "About.... 2 weeks" Mist replied. "WHAT?!!?" Shrieked Rapids. "Dont worry," Mira comforted him, "It could be worse." "Yes.. It could" He sighed back. "We are leaving today!" Swift called.
They set off, with their hopes high. Since Mira and Blue were young, 2 and 3, they would find the trip easier than the eldest ones.
But even for Mira and Blue, some of the trip was hard. They had to cross towns, cities, and even a canyon! After 2 weeks, they finally reached the forest.
* * * * * * * * * *
It was 3 years since the herons' Great Journey; Mira and Blue were 5 and 6, Blue now wasnt energetic, but Mira had imagination. And her imagination will lead to the greatest discovery the herons have ever known...
Part 3 ~~~~~~
The sun rose over the horizon. Mira perched on a tree, and saw a tiny white dot. She flew higher, and found it was a whole land! She knew the other herons wouldnt let her do it though, but she carried on and left a note saying:

"Dear Blue and the flock, I have left the forest to inspect something...." She searched for words. "Mystical" She decided at last. "I must leave, goodbye.

~Mira" She set off, aware she was leaving her family behind. She stopped a few miles away, and ate and drank. She set off again, and she kept close to the clouds. After a while, she spotted another bird. She carried on, without stopping. After hours and hours, she stopped to rest in a tree. As she fell asleep, the last thing she saw was one, single glowing cloud, looking as if it was watching her. •••••••••••••••••••••••••••••••
The blood red sky of sunset woke Mira, and she set off again. She heard the flapping of wings behind her, and she turned around. Nothing. She carried on, yet she still heard wings. She carried on, without looking behind her. Then someone called "Mira!" She turned around, surprised to find Swift. "Mira..... Your flock..." He collapsed on the ground, panting. Mira set off to find food. She found some, and took it to Swift. As he ate, Mira asked him "What about my flock?" Swift spoke slowly but firmly. "The rest of the flock is gone. Dead." "How?!" Mira shrieked. "How..." She asked again, her voice thick with grief. "Humans" Swift continued "They shot us down. I was lucky to find you. The rest..... not so lucky." Swift held out a talon, and as Mira leaned in, she saw he had one of Blue's feathers! "How.." She wondered in her head. Swift spoke again "Your sister isn't dead, though. She left north, while we are going south." Mira cried with relief. "Thank you!" She called to Swift as he went east. Mira set back on course, and soon the land was in view. She heard flapping of wings behind her, and saw something, a golden heron! As she saw him, he flew off and disappeared in the clouds. "Wow..." Mira breathed. As she perched on a rock in the land, she hopped off, alarmed. She turned to it, and saw a statue of her was perched, just as she was, embedded in the rock. She heard something again, and turned to see the golden heron! "Hello," He said "My name is Zios, whats yours?" "M-Mira...." she stammered. "What is this place called, anyways?" "I don't know, anything you want it to be, after all, YOU founded it." "Jamaa" She said at last. As she spoke, one of every species of animals came in. "We are the Alphas" A wolf with one ruby eye said. "I am Greely, the others are, Peck Amelia Graham, Sir Gilbert," He continued to say the names of the Alphas. Mira turned to Zios. "Was that you who followed me?" "Yes" Zios said, after a moment of thinking.

Mira and Zios fell in love, and their descendants live in Jamaa to this day. They found new lands, got new Jammers, new games, until something terrible struck. The Alphas prepared a feast and a statue in the Temple Of Zios for Zios. They worked day and night, until they were done. As Zios entered. -----
Epilogue Continued......
He scolded the Alphas for all their hard work. "This is a disgrace! I hate this statue!" Sir Gilbert stepped forward, while Mira hung back in fear. "How DARE you! We worked day and night and this is what we get?" He leaped onto Zios with claws unsheathed. Mira was so horrified, she was paralyzed so she couldn't do anything! The Alphas watched, helpless. Blood and golden blood sprayed the ground. After hours of fighting, Sir Gilbert looked up."I have won." He whispered. Zios' body lay sprawled on the ground. Mira flew up, and started crying. Her teardrops hit a SBI TV, and landed on the mind of a scammer in process of scamming. Those teardrops turned into the phantoms, with one word on their mind: "Destroy" Mira never came back to Jamaa, so humans took over. They sold humanized things. They destroyed Sir Gilbert's cave. They destroyed the true Jamaa..